The Gig Is Up Act is a historic moment in requiring large corporations, that gross at least $100 million and employ at least 10,000 independent contractors, to recognize the gig workers as employees and provide them with the full benefits they have earned. Companies will be required to pay employer and employee portions of the Social Security and Medicare taxes.

Congresswoman Deb Haaland is one of the first Native American women to be elected to Congress. She serves as the U.S. Representative from New Mexico’s 1st congressional district. Rep. Haaland was joined by the Act co-author Alex Lawson, Executive Director of Social Security Works, which works to protect and improve the economic status of disadvantaged and at-risk populations, and, in so doing, to promote social justice for current and future generations of children as well as young, middle-aged and older adults.

“Uber and other billion dollar multi-national corporations are not paying their fair share. Instead, they are passing the buck to their workers, increasing financial insecurity for folks who are working hard to put food on the table. The gig is up.” said Re. Haaland.

“Grassroots activists across the country want to see exploitative corporations like Uber and Lyft held accountable for misclassifying workers. The Gig Is Up Act does just that, by making these corporations pay their fair share into Social Security and Medicare, instead of passing the buck to their workers.” Said Alex Lawson.

It was truly an honor for Direct Global / Direct Co-ops to be invited and also be mentioned, acknowledging Local Driver Co-op as the a truly equitable solution to the issues of the gig economy, where all participants can become owners in the co-op, giving them security today and in the age of driverless vehicles when they will become ubiquitous. 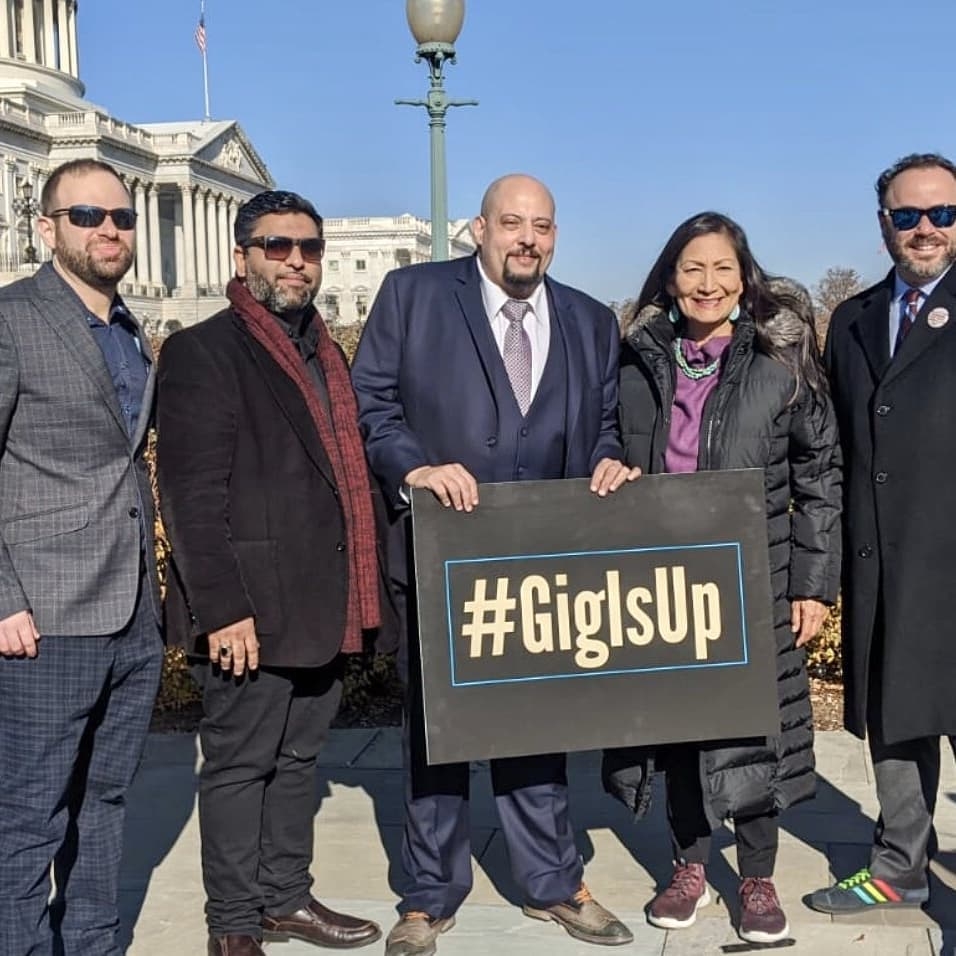 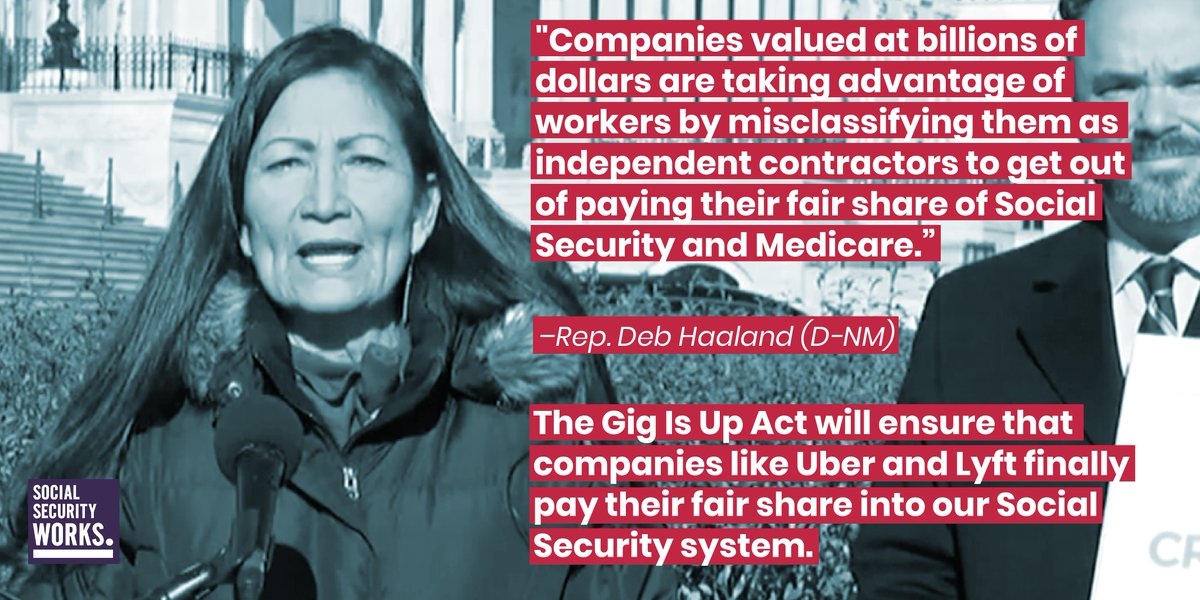 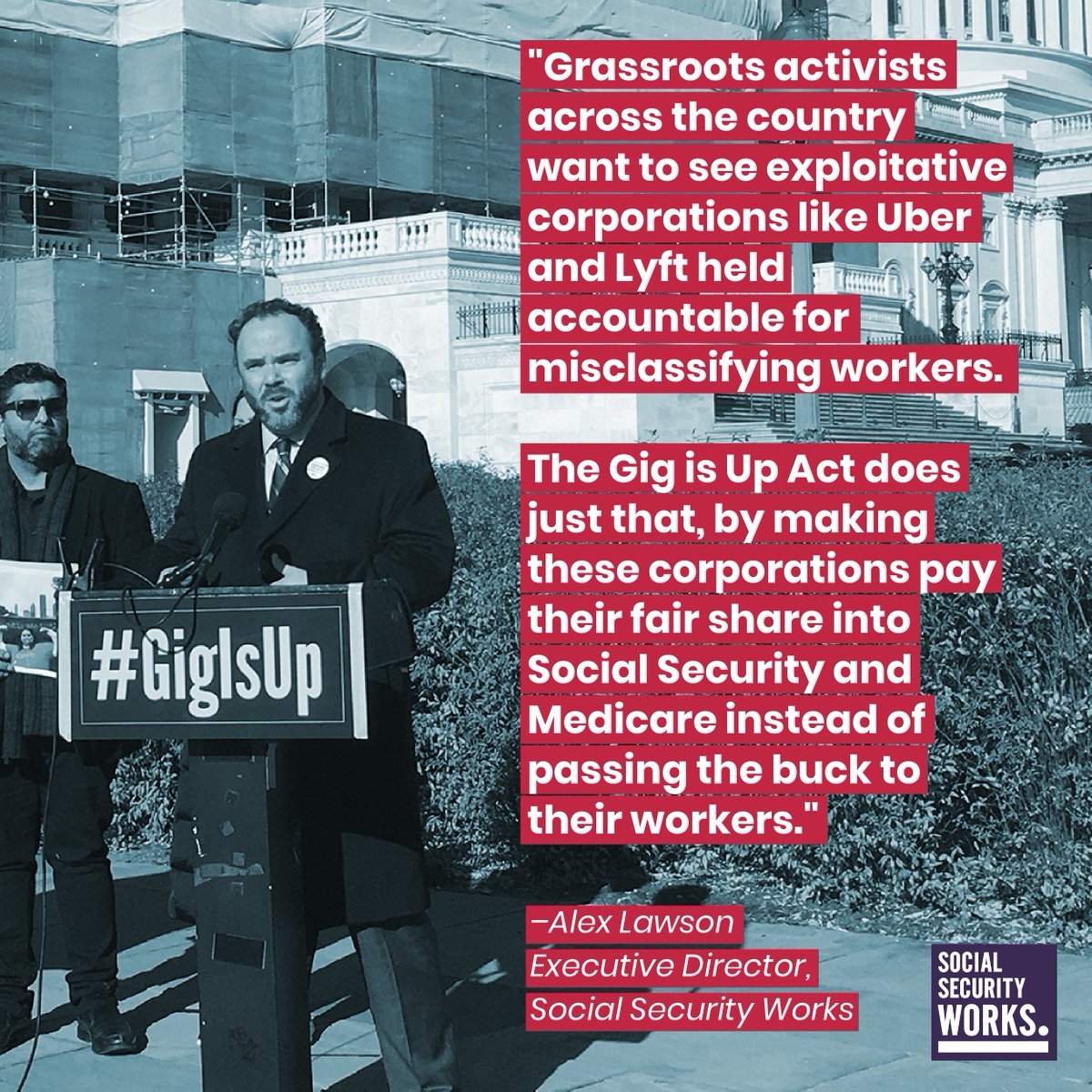