Direct Local Eats is expected to launch in Guelph next month, offering a lower service fee to restaurants and allowing drivers to keep 90 per cent of the delivery charge 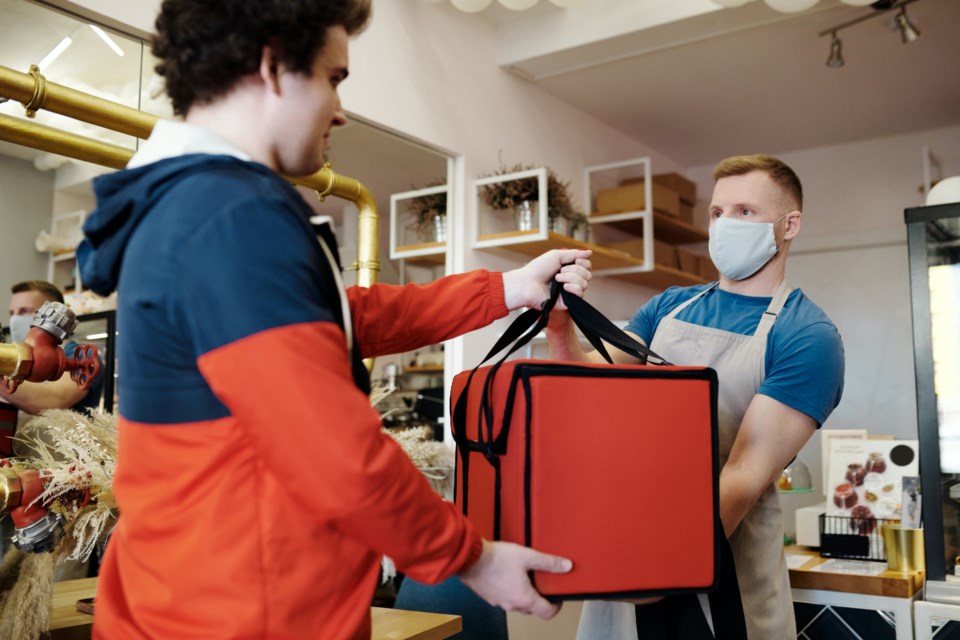 A new food delivery service that will compete with Uber Eats and Skip the Dishes preparing to launch in Guelph next month says its business model will benefit businesses, drivers and consumers.

The company says its business model is ‘delivery made fair.’

One key difference in the Direct Local Eats model, said Attia, is that its drivers belong to a co-op and have a stake in the decisions that are made that affect them.

Drivers also keep 90 per cent of the delivery revenues made through Direct Local Eats.

Whereas some delivery apps charge the business up to 20 to 35 per cent of the total order as a fee on top of the delivery charge, business owners who sign up to Direct Local Eats pay a five per cent fee.

The service looks at competing delivery apps operating in each city and sets delivery charges about 20 per cent lower than the competition. There are no set-up fees, but businesses provide their own device to connect to Direct Local Eats.

“So the consumer at the end of the day gets a 20 per cent lower delivery charge but the drivers win because they end up getting more,” said Attia.

He said the fees traditionally charged by the competition has caused many restaurants to raise their prices.

“We found all of the deals were very onerous,” said Attia.

No other membership or joining fee is applied for businesses that sign up to Direct Local Eats, he said.

“That puts us in a situation to truly help our member partners to retain more of the money they make through each transaction,” said Attia.

Curbside pick up is free for the consumer on Direct Local Eats orders, while the business pays the five per cent service charge.

In the end, the drivers have an opportunity to make more per deliver, the business pays lower fees than what they have traditionally been charged and the consumer pays a smaller delivery charge.

This mutually beneficial model is different than what is offered through the traditional players, said Attia.

The company is currently registering restaurants and food businesses in Guelph for its upcoming launch.

In addition, Direct Co-Ops, which is also run by Direct Global, will be offering a co-op marketplace app that Attia said will allow small businesses to compete with big box retailers and other large corporations.

“Small businesses are very important for many reasons, the most important is they actually pay taxes and give good jobs to people, which unfortunately a lot of big box stores don’t,” said Attia.

He said one of the biggest problems for small businesses is purchasing power.

“They are traditionally buying their goods wholesale at a price very close to what a large corporation is retailing for,” said Attia.

The Direct Co-Ops platform will allow small businesses to be part of a larger multi-stakeholder co-operative, which Attia said will give them greater buying power, lowering wholesale pricing by as much as 50 per cent in some cases.

Member businesses will also be given a web site and app to make it easier for the public to find goods to purchase.

“This will help give those small businesses the same convenience as the big guys,” said Attia.